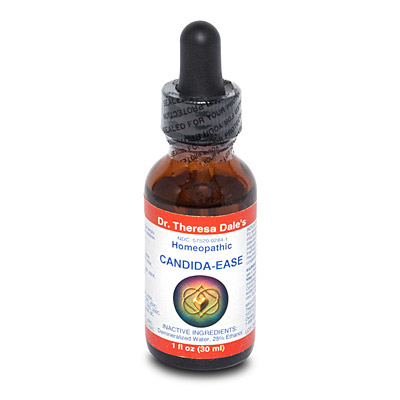 A yeast-like fungal organism found in small amounts in the normal human intestinal tract. Normally kept in check by the body’s own helpful bacteria, Candida Albicans can increase in numbers when this balance is disturbed to cause candidiasis of the intestinal tract, or yeast infections of other parts of the body, which a homeopathic candida remedy can effectively address.

5 drops two or three times per day on an empty stomach.
Five days on, two days off.

Yeast is a fungus scientifically referred to as Candida. The specific type of fungus most commonly responsible for vaginitis is Candida albicans. Yeast is commonly present on normal human skin and in areas of moisture, such as the mouth and vagina. In fact, up to 20% of women normally carry yeast in the vaginal area.

What is Candida? A yeast-like fungal organism found in small amounts in the normal human intestinal tract. Normally kept in check by the body’s own helpful bacteria, Candida Albicans can increase in numbers when this balance is disturbed to cause candidiasis of the intestinal tract, or yeast infections of other parts of the body. Candida Albicans causes thrush. Also called Monilia albicans.

What is vaginitis and how can a homeopathic candida remedy help?

Vaginitis is inflammation of the vagina. Vaginitis is very common and is reported by as many as 75% of women at some point in their lives. Vaginitis can be caused by a number of infections, including bacteria (such as Gardnerella and gonorrhea), protozoans (such as trichomonas), and yeast (Candida). Vaginal yeast infection is often referred to as vaginal Candidiasis.

What are the symptoms of vaginal yeast infection and vulvitis?

Vaginal discharge is not always present, but when it occurs, the discharge is odorless and typically has a whitish, thick appearance and texture, like cottage cheese.

Vulvitis can also cause local pain in addition ot the above symptoms. Pain in the vulvar area is referred to as vulvodynia.

What causes yeast vaginitis (vaginal yeast infections) and how can a homeopathic candida remedy help?

Vaginal yeast infections occur when new yeast is introduced into the vaginal area, or when there is an increase in the quantity of yeast already present in the vagina relative to the quantity of normal bacteria. For example, when the normal, protective bacteria are eradicated by antibiotics (taken to treat a urinary tract, respiratory, or other types of infection) or by immunosuppressive drugs, the yeast can multiply, invade tissues, and cause irritation of the lining of the vagina (vaginitis).

A vaginal yeast infection (yeast vaginitis) is not considered to be a typical sexually transmitted infection (STD), since Candida may be present in the normal vagina, and the condition does occur in celibate women. However, it is possible for men to develop symptoms after sexual intercourse with an infected partner.

There are different species of Candida.

The genus Candida includes around 154 species. Among these, four are most frequently isolated in human infections. While Candida albicans is the most abundant and significant species, Candida tropicalis, Candida parapsilosis, Candida Torresil are also isolated as causative agents of Candida infections.

Infections caused by Candida spp. are in general referred to as candidiasis. The clinical spectrum of candidiasis is extremely diverse. Almost any organ or system in the body can be affected. Candidiasis may be superficial and local or deep-seated and disseminated. Disseminated infections arise from hematogenous spread from the primarily infected locus. Candida albicans is the most pathogenic and most commonly encountered species among all. Its ability to adhere to host tissues, produce secretory aspartyl proteases and phospholipase enzymes, and transform from yeast to hyphal phase are the major determinants of its pathogenicity.

A major cause of septicemia and disseminated candidiasis, especially in patients with lymphoma, leukemia and diabetes. It is the second most frequently encountered medical pathogen, next to C. albicans, and is also found as part of the normal human mucocutaneous flora. Sucrose negative variants of C. tropicalis have also been increasingly found in cases of disseminated candidiasis. Environmental isolations have been made from faeces, shrimp, kefir, and soil.

The yeast-like fungi of the genus Candida are an important cause of nosocomial infection, and rank fourth in bloodstream infections in the US.  Candida albicans is the most common causative organism of these infections, but other Candida species, including Candida parapsilosis, are becoming increasingly prevalent, facilitating a need for a homeopathic candida remedy.  Candida parapsilosis is associated with approximately 25% of  Candida infections in European hospitals, and in South America the incidence of this species increased from 12% to 25% between 1997 and 1999. It is now the second most commonly isolated Candida species from blood cultures in Europe, Canada and Latin America, and in some European hospitals even outranks Candida albicans.

Unlike other Candida species, C. parapsilosis has been found on the hands of health care workers, resulting subsequent nosocomial infection associated with handling central venous catheters.  C. parapsilosis is a particular problem as it tends to grow as biofilms on implanted medical devices, conferrin almost total resistance to antifungal drugs. The ability to grow as a biofilm is directly related clinically significant disease, which is a unique attribute of C. parapsilosis.

C. parapsilosis strains have historically been categorised as Group I, II or III on the basis of molecular fingerprinting. Group I strains are predominant in clinical isolates. Analysis of levels of heterozygosity and of mitochondrial genome architecture supports the hypothesis that three groups represent three different species. It has been proposed that Group II and Group III isolates are are different species and should be renamed C. orthopsilosis and C. metapsilosis respectively. Group I isolates are therefore the most authentic and clinically relevant representatives of C. parapsilosis.

The estimated diploid genome size of Candida parapsilosis is 26 Mb with a chromosome number of 14, suggesting a haploid genome of 13 Mb, with 7 chromosomes. The C. parapsilosis isolate 317 from CDC, Atlanta was selected for sequencing. This isolate came from the hands of a hospital worker, who was the source for an outbreak of infection in a Mississippi community hospital in 2001,  and was characterised and described in  Kuhn et al and  Clark et al.

How to treat Candida?

It can be an underlying condition in many diseases, but is often not diagnosed, misdiagnosed, disputed to even exist or is disregarded altogether. (See our Resources section for findings from Bruce Semon, M.D., Ph.D. regarding the effects of yeast overgrowth and Autism, ADD, ADHD, Tourette’s, headaches, fatigue, depression and schizophrenia. William Shaw, M.D. addresses some of those issues as well as Alzheimer’s). The number of children born with Autism 30 years ago was approximately 1 in 500,000. The approximate number today is a staggering 1 in 166. Alzheimer’s alone has been predicted to break our healthcare system in the next 20 years.

The symptoms vary from person to person and fluctuate in severity, or may come and go. Most symptoms are invisible, which makes it difficult for others to understand the vast array of debilitating symptoms with which we contend.

The most common symptoms are:

Psychological problems may include:

These are only the symptoms most commonly reported and documented.