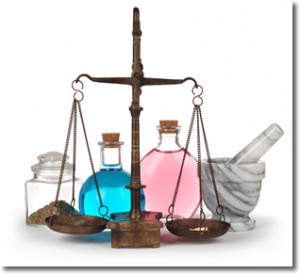 Definition of the Homeopathic Miasm
“According to Hahnemann”

The following very brief information about homeopathic medicine will hopefully inspire you as it has me. My hope is that your interest in pursuing your homeopathic education to help humanity becomes your passion.
Theresa Dale

A brief definition of Homeopathy

Homeopathy (also homœopathy or homoeopathy; from the Greek á½…µοιος, hómoios, “similar” + πÎ¬θος, páthos, “suffering” or “disease”) is a form of alternative medicine first defined by Samuel Hahnemann in the 18th century.

A central thesis of homeopathy is that an ill person can be treated using a substance that can produce, in a healthy person, symptoms similar to those of the illness. Practitioners select treatments according to a patient consultation that explores the physical and psychological state of the patient, both of which are considered important to selecting the remedy. You make a remedy by first producing serial dilution, shaking between each dilution; removes the toxic effects of the substance, while the essential qualities are retained by the diluent (water, sugar, or alcohol).

A miasm is a hereditary predisposition (a defect) that predisposes the person to be vulnerable to a host of diseases when the trigger is right! Indeed, without the trigger on the diseased terrain, the illness will not occur!

The theory of miasms originates in Hahnemann’s book The Chronic Diseases which was published in 1828, around the same time that he decided to fix 30c as the standard potency for all homoeopaths.

He declared that the theory was the result of 12 years of the most painstaking work on difficult cases of a chronic character combined with his own historical research into the diseases of man. He describes how using antipsoric medicines used on the psora miasm would enable a practitioner to cure effectively.

The conditions that would modify a miasm in a persons body would be things like, climate and peculiar and physical character of the person it is in, mental delays, excesses, or abuses in life, extreme changing of diets, habits and various customs.

J T Kent wrote…
All cases present early mental symptoms, and there is always a trail of symptoms, mental and nervous, until the development of tuberculosis is well established; then the mental symptoms disappear, and in most cases there has been an absence of mental symptoms for a period before the beginning of the deposits. This leads to the opinion that there is in nearly all cases a predisposition to tuberculosis, and it is this predisposition that is inherited. If this is absent, protection is quite positive. Kent was also able to clearly identify those remedies that relate to each miasm.

Lets take two examples of genetic predispositons. Lets look at Diabetes first. Homoeopathic practitioners believe that diabetes mellitus chiefly bears a psoric miasmatic background with a sycotic hint. This combination is also referred to as a tubercular miasm. Therefore homoeopathic remedies suitable to treat illness with a tubercular miasm are considered most suitable to treat diabetes. The hereditary background indicates mainly psoric and sycotic, however, without a trigger (emotions, food, environment, traumas, vaccinations, etc.) Diabetes will NOT occur. The definition of hereditary factors as used in homeopathy is considerably broader and more correct than what allopathic medicine offers!

Now, lets consider your patients with ASD. The hereditary background of Autism Spectrum Disease (ASD) will be “syphilitic”, however, without a trigger ASD will NOT occur.

In contrast to homeopathy, lets take a deeper look at the allopathic model. When hereditary factors are found to be the cause of a disease in allopathic/traditional medicine, the same name disease appears in the family history background. Therefore, ASD would not be considered hereditary when another case of ASD is not present.

How many miasms do we have and how many different miasms are really possible?

Hahnemann talked about acute miasms: He speaks about the smallpox vaccination and tells us that there is no such case, “where any miasm in the world when it has infected from without, will not make first the whole organism sick before the signs of it externally manifest themselves.” He talked about it in the same fashion when the skin of the man is infected with the blood of cattle affected with anthrax.

“If as is frequently the case, the anthrax has infected and caught on, all removal of skin is in vain: the black or gangrenous blister, nearly always fatal, nevertheless always comes out 4 days later, i.e., as soon as the whole living organism has transformed itself to this terrible disease.” This is the same with diseases like measles: after the contagion from without, the malady connected with it in the interiors of the whole man must be developed; the whole interior man must first have become thoroughly sick of measles (scarlet fever, small pox, etc.) before these various eruptions may appear on the skin. In modern times we refer to this as the incubation time, but often the exterior relief of the internal generalized disease is still treated in allopathic medicine as if it were a localized disease, often suppressed by traditional medical doctors, dermatologists and gynecologists.

Hahnemann says further, “It is just so with the infection of half acute miasms without eruptions. Among many persons bitten by a mad dog, only a few are infected; often as I myself have observed only one out of twenty or thirty persons bitten. The others even if ever so badly mangled by the mad dog, usually all recover, even if they are not treated by a physician.” “But with whomsoever the poison acts, it has taken effect in the moment when the person was bitten and the poison has then communicated itself to the nearest nerves and therefore, without contradiction, to the whole system of the nerves, and as soon as the malady has developed in the whole organism (which requires several days if not weeks), the madness breaks out as an acute quickly fatal disease. Immediate amputation or excision of the infected part does not protect from the progression of the disease within…”

The acute miasms of whooping cough, small pox, measles, etc. have been termed as fixed miasms by Hahnemann, because whenever these diseases occur, they show their same old clinical symptoms ie (our childhood diseases).

The hydrophobia miasm is termed half acute because it takes a long time for this miasm to completely develop in the system before the symptoms manifest. But once these symptoms manifest, the patient suffers the same as an acute disease.

Hahnemann also talks about how chronic diseases get artificially created by allopathic treatment by the prolonged use of violent, heroic drugs, etc…(iatrogenic diseases)

Hahnemann’s work is powerful and the following is important to remember. An acute illness has to occur in such an extent that it has to bring about a “revolution” (upheaval and battle) in the organism to maintain life against these hostile and destructive attacks.”

Hahnemann says, that the vital force (immune system) of the person being attacked and mistuned so relentlessly actually creates a defense mechanism (he calls it a revolution) in order to survive these hostile attacks. Hahnemann tells us clearly in his book that there are only three major chronic miasms, simply because there are only three major defense mechanism in any organism, starting with the individual cell. All other modern miasms are pseudo or mixed miasms! We can think of them as being morphed miasms! Moreover, miasms are defensive responses of the cell.

Hahnemann further explains…”It has to inhibit or exaggerate the excitability or sensitivity of a part of the organism, dilate or contract, soften or harden, or even completely destroy certain parts in order to protect the organism against complete destruction of life from the ever renewed hostile attacks of such ruinous forces.”

According to this definition, only the last two miasms bring structural changes while psora only produces physiologically changes. A living being has only three defense types. As a defense response to invasion of a microorganism, every cell will inflame, indurate or is destroyed for the wellbeing of the person as a whole!

Psora, the mother of all diseases goes back the farthest in human history. Psora or “itch” is the monstrous internal chronic miasm, the only real fundamental cause and producer of all the other numerous forms of disease.

Diseases with such allopathic names as: Convulsions, mania, imbecility,
madness, epilepsy, scoliosis, cancer, gout, hemorrhage from nose, lungs,
bladder, asthma, impotence, deafness, urinary calculus, defects of the senses and pains of thousands of kinds. Psora has passed on through hundreds of generations of people and has produced an innumerable variety of defects, injuries, derangements, and sufferings
Excerpt from The principles and Art of Cure by Homeopathy by HERBERT A. ROBERTS, M.D

PSORA This word psora, which Hahnemann used to denote the third great miasm, is defined by the modern medical dictionary as follows:

I. Scabies. 2. Psoriasis. 3. Hahnemann’s term for the “itch dyscrasia,” defined as the parent of all chronic disease-skin diseases, neoplasms, insanity, etc.; it was similar to, though of more extended application than, the “herpeti diathesis” of French writers. And the definition adds: p. leprosy, psoriasis.

Funk and Wagnall’s Dictionary gives: Psora. I. Pathol. The itch, or some such similar skin disease. 2. The itch mite. The derivation is Latin and Greek, but it is rather Hebraic in origin, coming through the Greek and Latin, the original word being tsorat.

Interpretation of this Hebrew word tsorat conveys clearly the thought Hahnemann had in mind. Tsorat: A groove, a fault; a pollution; a stigma; often applied to leprous manifestations and to the great plagues. It is the meaning of the original Hebrew word that we must regard as the basis for the term covering this constitutional defect.

Will the real Miasms please stand up!

The Cancer miasm and Tubercular miasm are mixed miasms! Always one of the three major miasms will be dominant so we can have a case where we see syphilis dominant with psora secondary (named before syphilitic): we would indicate it as capital L (for Lues or syphilis) and small p. Some modern homeopaths invent many more miasms but they would do well to study again the real source of classical homeopathy, the Organon!

There is so much to learn about all of the miasms, therefore, I recommend you read Hahnemann’s books and also a material medica of your choice. I have learned that Homeopathy can cure any condition. It’s all about finding the right remedy.

The California College of Natural Medicine has a comprehensive entry level Homeopathic Practitioner training and a Homeopathic Endocrinology training for health providers. For more information go to http://www.cconm.com/

The Aware Show
Dr. Theresa Dale talks about general health information in the aware show. how to handle the flu and natural hormone replacement.